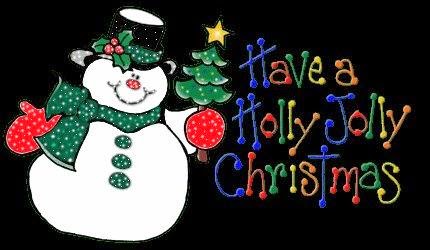 Last week was one that started off rather badly and ended with some RnR.

After the loss of Dexter, Lilley has been off schedule for some reason. She wakes up at 4, goes outside for potty break and comes back in and insists on food and attention.

Oh No little girl we are not starting that habit. Potty break is one thing but I'm not feeding you that early. She settles down about the time my alarm goes off for me to get up. Little Princess. Gotta Love her. I'm glad that David and Pamela convinced me to adopt a dog now and not after Dexter was gone. She has helped ease the pain. One evening when I came home there was a box from Proplant. Had no clue what it was but the Rosehill Pet Resort sent us a plant and a card for our loss of Dexter. Dexter never minded going here. He seemed to really like it. That was too kind of them to send a plant. Plus when opening Christmas cards I opened one from the Fairfield Animal Hospital and everyone signed the card with a little personal note. Tears flowed that day. There are kind and thoughtful people in this world. 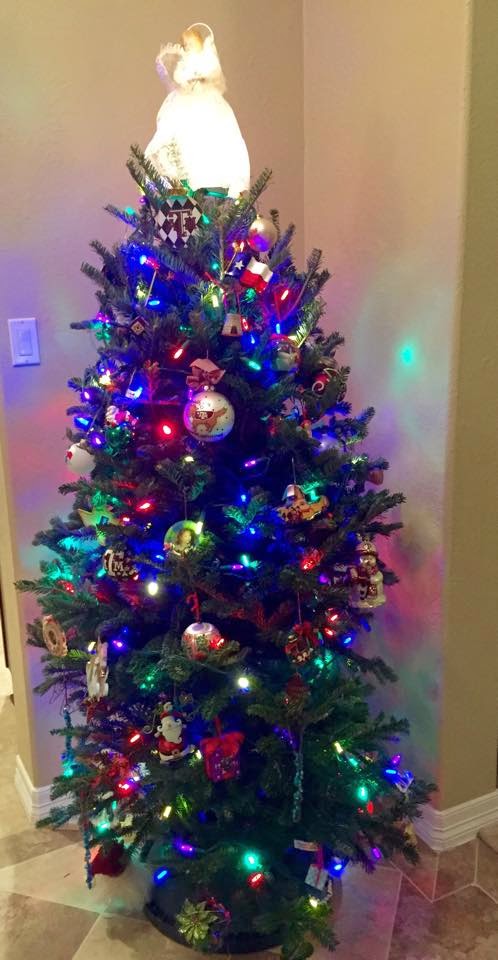 A first in a long time we got our tree up on Black Friday. The past few years we've been lucky to get it up by the week before Christmas. 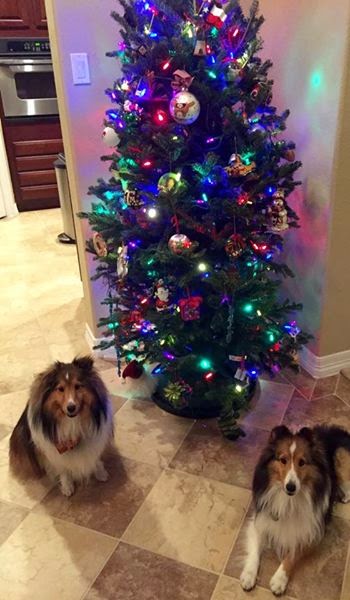 Looks pretty good. Dexter was snoozing so he didn't get in the pictures but the 2 Divas, Sophie and Lillie did. They will actually sit or lay for a period of time but we never could get them close together. I guess one was afraid the other would steal the attention. Silly girls. 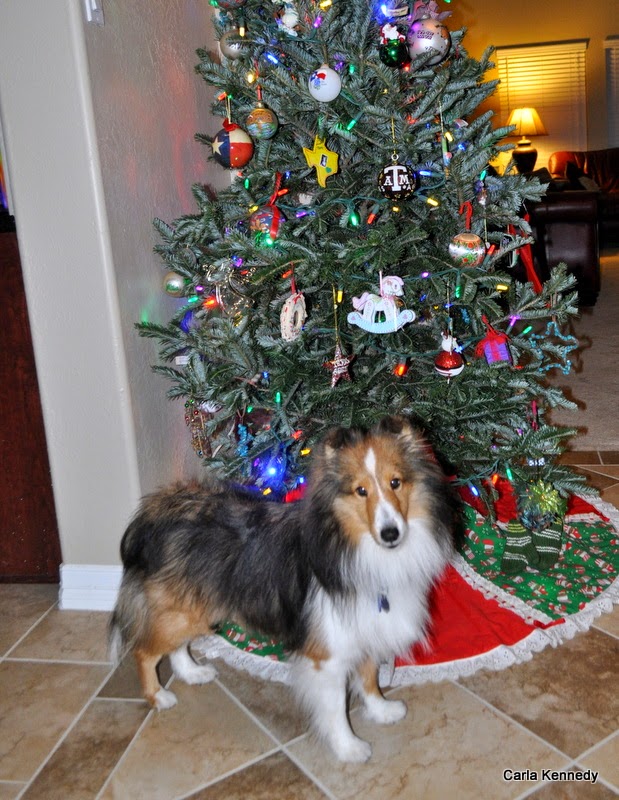 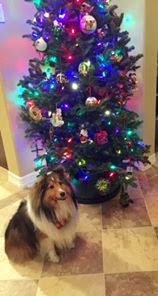 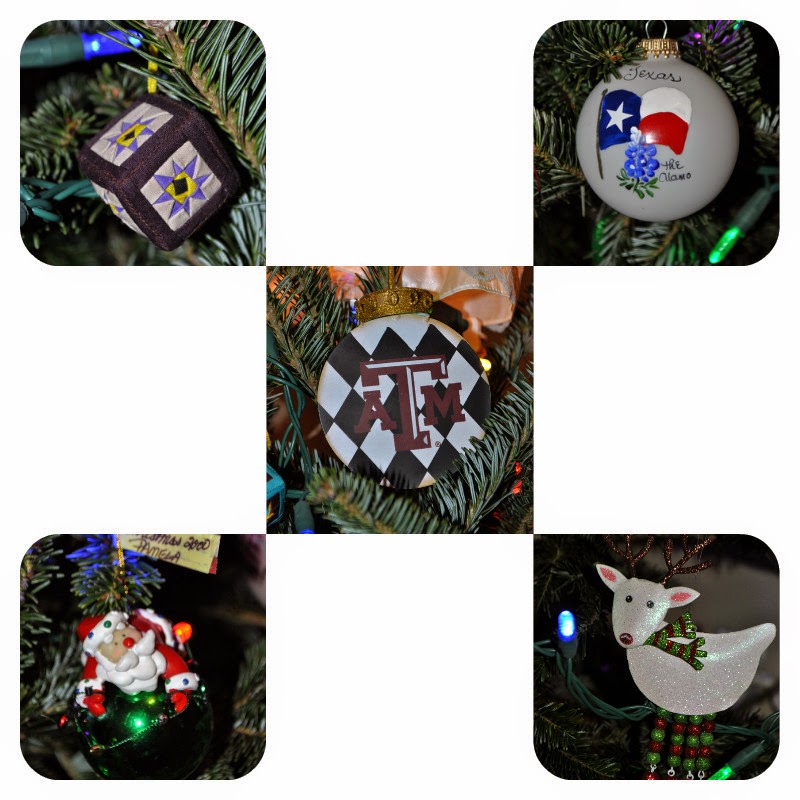 Here's a collage of a few of my many ornaments. The center one is my newest one. Image that it's an Aggie ornament. Wonder where I got that....
The one on the bottom left is one that Pamela received from Grandpa and Grandma in Missouri. My Dad told me that the gift giver and decoratorater is gone so he's not sure anything will be done now. I have a feeling my little sister will take care of it knowing her.

The Land hunting mission is hold for right now. We may have found the one but until everything is final then I don't want to jinx it but I'll share more when I know it's a done deal. 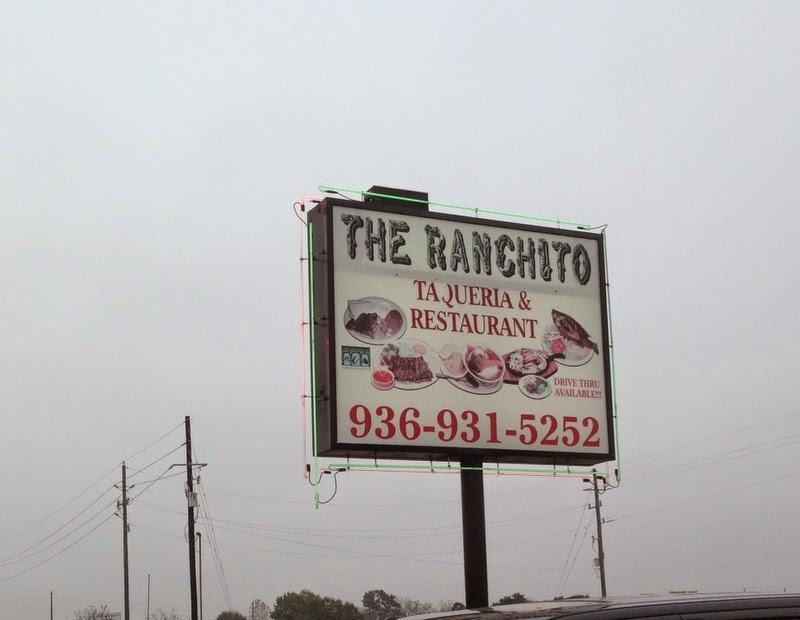 So with that possibly complete we decided to take a quick over night trip to Borne. We got up the next morning and went for breakfast at our favorite hole in the wall place. David had Migas which for those that don't know it's scrambled eggs with peppers onions and tortilla chips mixed together served with bacon and potatoes and refried beans, while I had eggs ranchero which came with salsa, potatoes, refried beans and chopped fajita meat. They do a great job and get this we walked out the door for less than $18.
We stayed at the Tapito Springs Resort in Borne.
Got a nice deal through Expedia. The resort sits on a portion of what used to be George Straits ranch. It's a really cool place. We were able to check in early and headed to Bandera.
We hadn't been there in a couple of years. 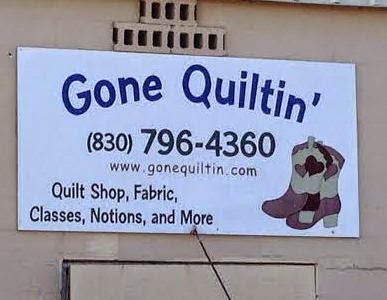 As we got out of the car to shop around I asked if he minded me slipping into the quilt shop. I was looking for a specific piece of fabric. But no luck. Dang it. I did buy a pattern but that's it.

I headed down the street to catch up with David. He had stopped at a local watering hole for a beer and while he was in there this guy walked by him with a pig. A what you say? 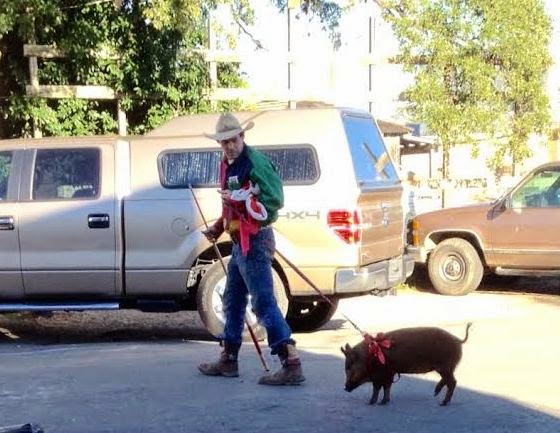 Yep the pig was in the bar on a leash with the guy.

Now isn't she cute. She wasn't very cooperative getting into the truck. She put up quite a fuss squealing and oinking.

And how do some folks in Bandera get to town .... on a horse of course. They were tied up outside the bar but before we got out of the antique store they were gone. Missed a picture opt. 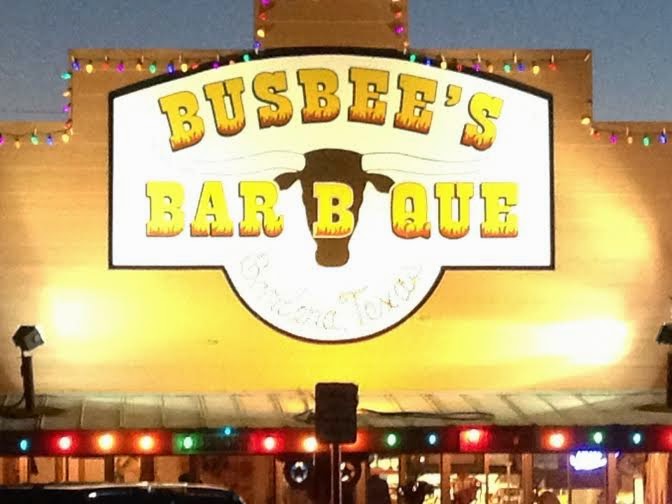 We were getting hungry but it was too late for lunch and too early for dinner so we stopped into this BB-Q place and wow. You never know what your gonna get but we pleasantly surprised. We split a sliced beef sandwich with some cole slaw. The sliced beef literally just dissolved in your mouth. It was that good. After a little nourishment our engery was restored and we continued shopping.  We closed the 22,000 square ft. antique store down. That place was huge. I was almost to the end when I heard a voice go "hello anyone down here" Aaaa yeah me! They were ready to close so I headed back upstairs to find David and make my purchase. 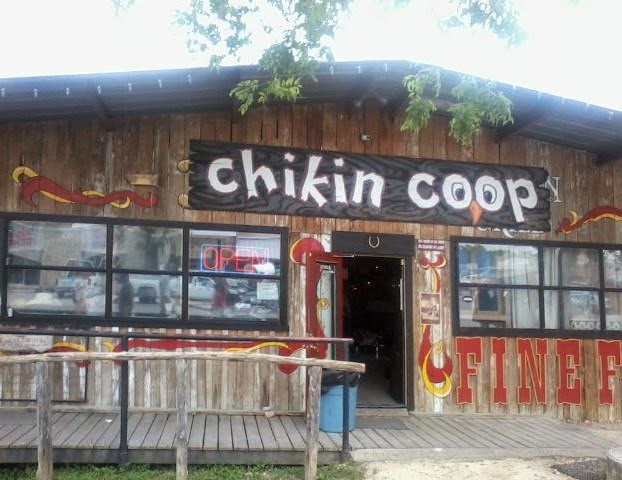 We did a little window shopping going back to the car but first we stopped off for a cold one here at the Chikin Coop. 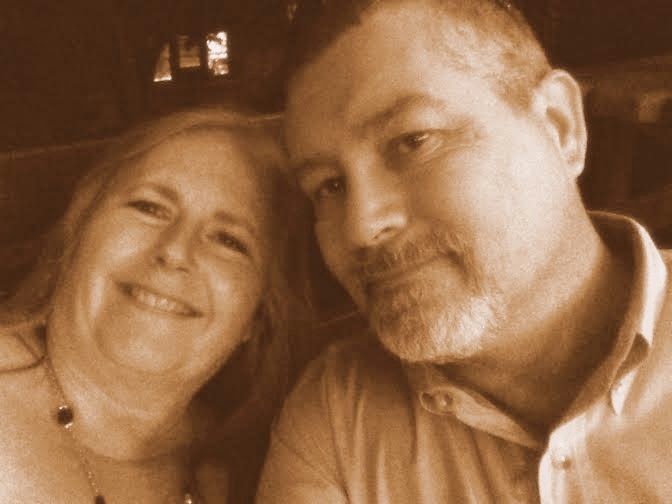 The live music was setting up when we were leaving to go to dinner at the hotel. Never saw who it was but oh well we were getting hungry again and it was getting dark. We still had to find our way back to the hotel. LOL
Back at the hotel we had dinner that was pretty tasty and then went out on the patio and sat under the heater near the fire place. It was cold out there. Brrrrr
We watched MIZZOU football team get beat. Sorry Missouri Family. 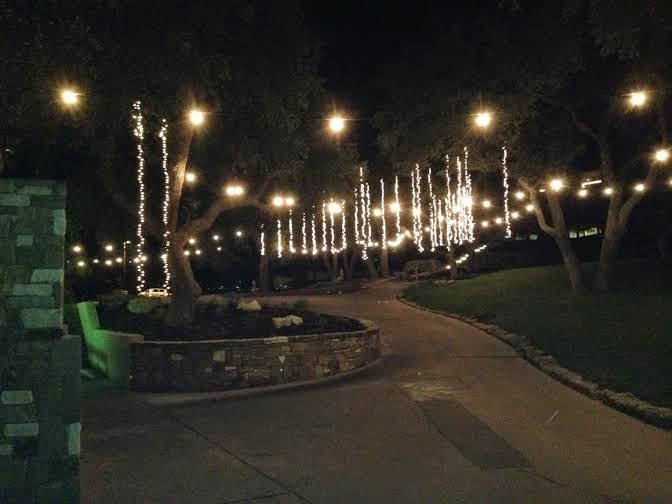 This is part of the grounds around the hotel. My picture doesn't do the area justice.


It had been a long day so off to night night.

Next morning we got up and went back to Bandera for breakfast at the OST restaraunt. More Yummy goodness. After breakfast we stopped at a Antique and Backyard Bistro. It was a fun place and we want to go back and maybe even have breakfast or lunch there. 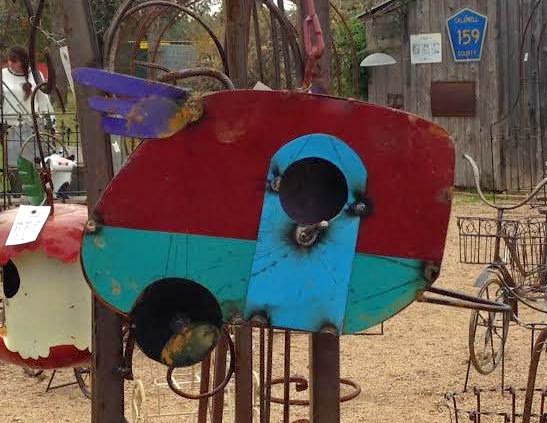 While looking around I saw this birdhouse that looked like a camper trailer and it made me think of my friend Linda and all the time she and her husband lived in one here in Houston while her daughter was in the hospital on bed rest waiting until the Quads had baked long enough to be born. 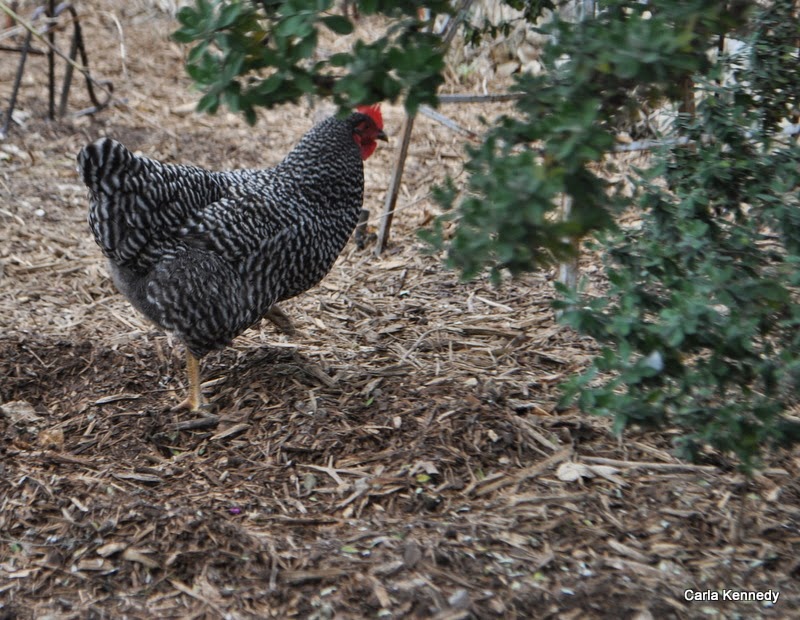 We also ran into these fine feathered friends. Well not so friendly.
They didn't want me getting close but they were pretty. 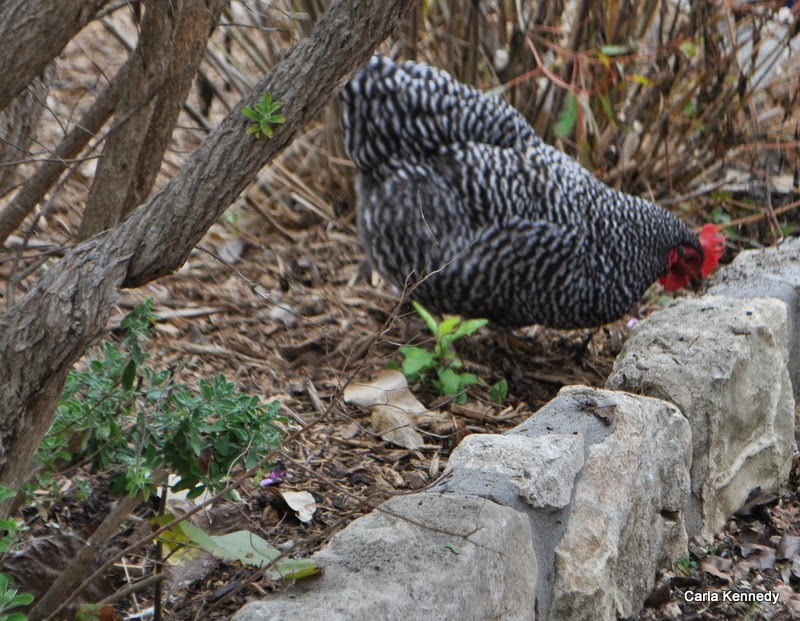 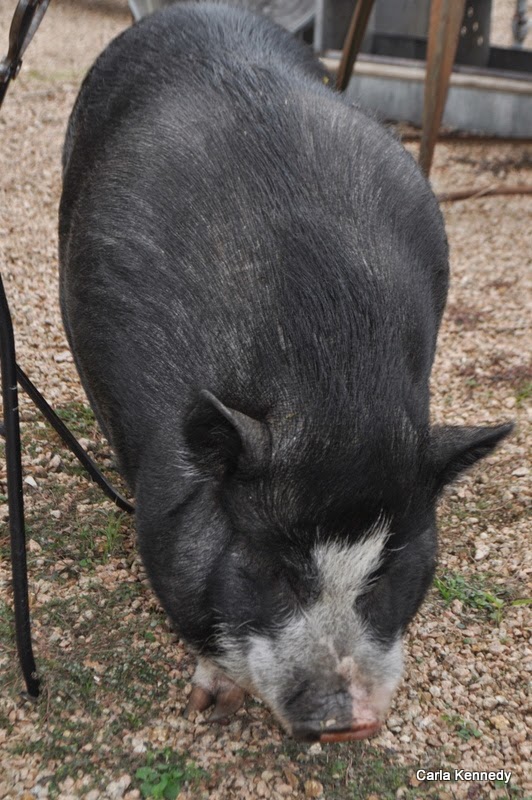 But that wasn't the case for Wilbur. He was roaming around the property but when he saw well I think he saw people, he came right up to us for a picture and a scratch behind the ears. In fact he walked right up the stair to the store and when a couple went in so did he. The shop had a special bed waiting for him behind the counter but before that he made sure he got some attention from all the patrons. LOL
He was quite the ham....
Look at this bloom and it had a lovely fragrance. So pretty 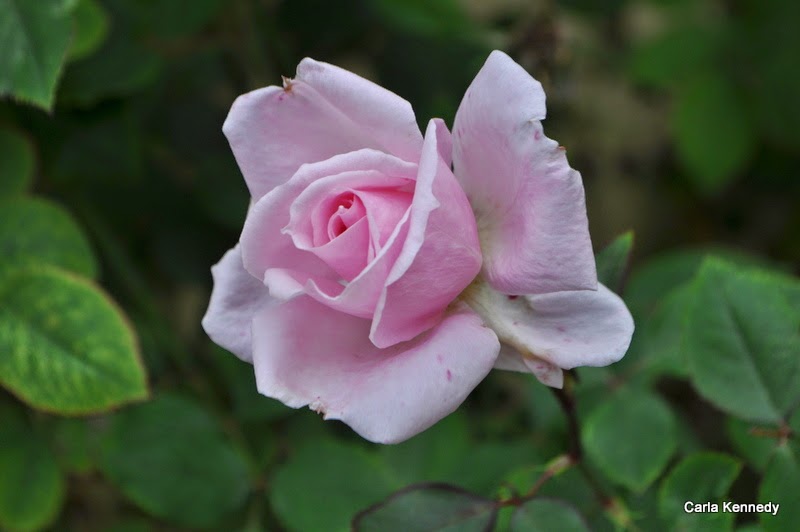 And that Ladies and Gents is how our day ended and we headed back to the thriving metropolis of Tomball.

Marriage is like quilting, it takes some work but is worth it.

Hope everyone had an awesome Thanksgiving day.  I know I did. We spent the day at David's sisters home. It was a beautiful day to spend time with my Texas Family. Wish I could have seen my Missouri family too darn it. So did you rush out and start shopping that day or Black Friday? I SURE DID NOT. I hate to shop unless it's a fabric store. 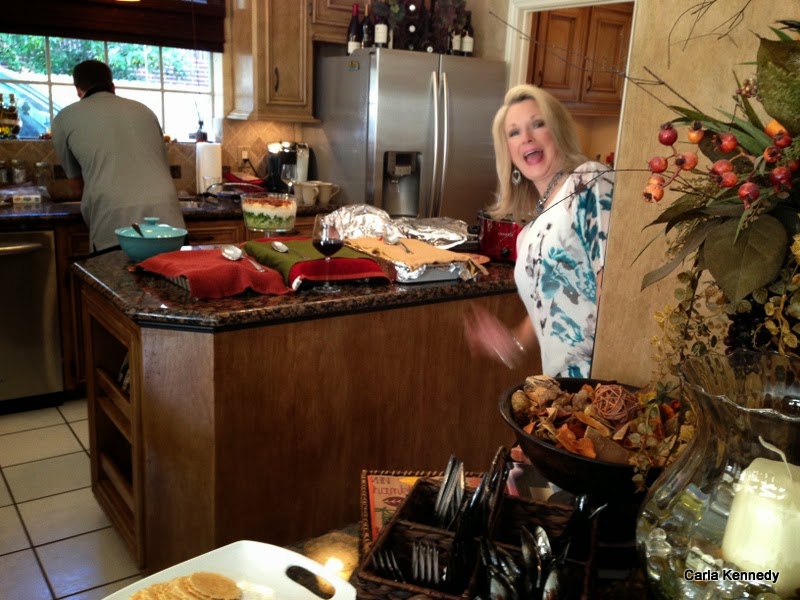 What can I say... I have to start shopping now though or it will be a very unhappy Christmas. My sister-in-law Glenda put on a nice spread.

All the food was so yummy. I tried to behave and not over eat. 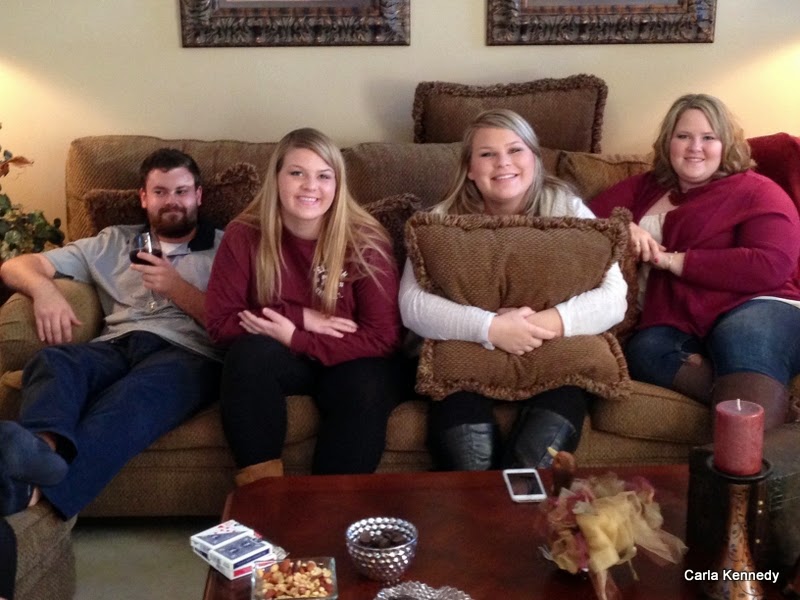 The girls took this selfie. I love this picture. They're beautiful girls 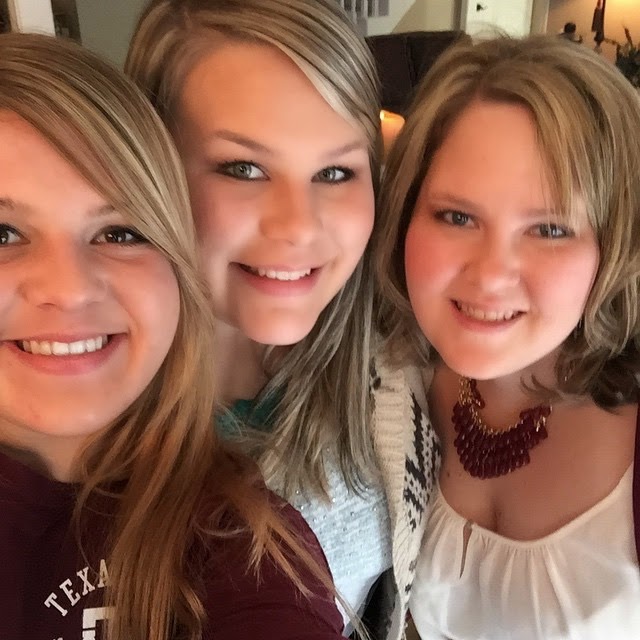 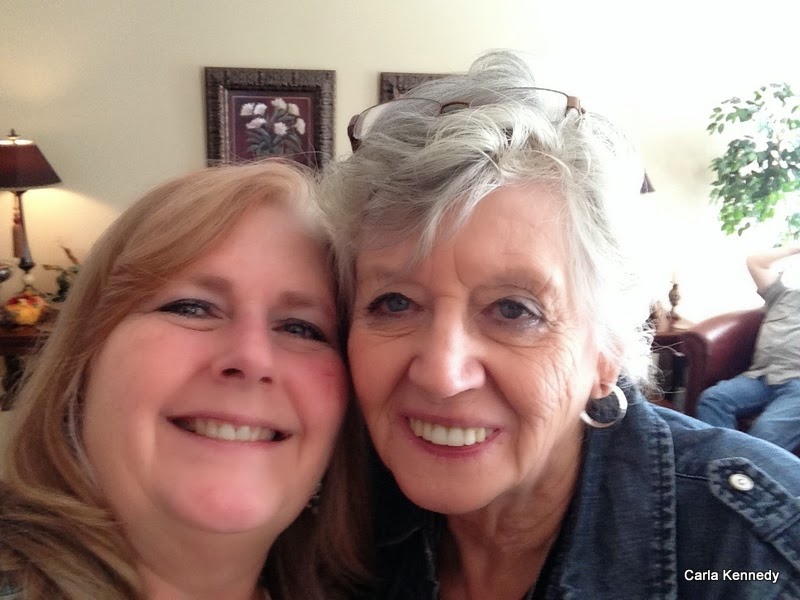 Mom and I took our own selfie.

We went out Saturday to see a piece of property with our Realtor so we could actually get on the land and walk around. Cross your fingers this might be the one, Once I know if it will become ours then I'll share pictures but trust me its really nice and in the vicinity of my target area.
While out we stopped in Bryan to see a lot where ..... a house will be built for... Pamela. Yep she's entering another phase of adult hood. We're scared and excited for her.

When I post a blog I email certain folks so they'll know when a new post is ready to read. And yes I know they can sign up on bloglovin or email to following but they haven't. I don't remember totally how it started but I set up a group email to make it easy for some. Can't remember if they asked me to or if I was so excited to share that I just emailed and have continued to do so. On the last email I sent out I got an email back for "email non-delivery notification" indicating something was wrong and someone didn't get the email. I thought well hell what did I screw up then I saw....... it was my Step-Mother Carolyn's email. RIP.
Got all weepy and sad realizing I had not gone in and removed her email from the group list. 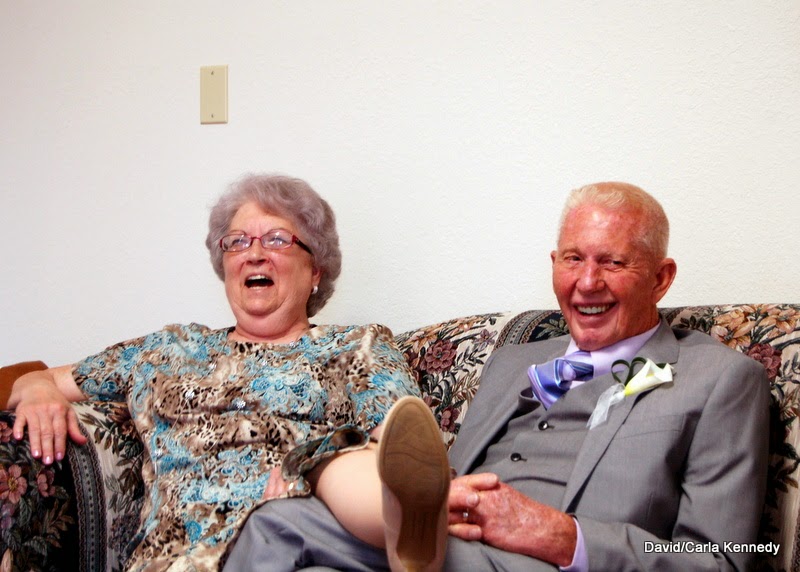 I keep thinking
I need to call Carolyn about Christmas gifts but obviously I can't.
I know the old saying of "Life ain't fair" but she was taken too suddenly and out of the blue.

Makes it hard to grasp when there was no chance for good bye's.
Guess I'll have to call my Little Sister and bug her.


That's it for this post. Hopefully next post will be more fun and quilty for everyone.  Me and the Lilley girl are off to bed. I schedule this baby to post around 1 and I hope to be fast asleep. One more day and it will be the weekend. Yippee.